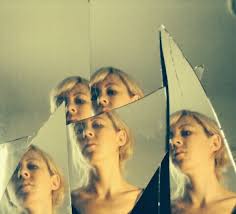 My name is Greer McGettrick. I’m a visual artist and musician/composer currently working toward a Masters of Art in music composition at San Francisco State University. I took Steve Horowitz’s Scoring for Video Game class in fall of 2017 and really enjoyed learning the different philosophy of scoring for a video game than for film.

For the Music Maze I used a really minimal score that played throughout the entire game and then used orchestration to indicate to the player what side of the maze they are on. The correct side uses cello and the incorrect side uses piano. I improvised the entire score because I wanted to capture a feeling of wandering and randomness that a player might also feel when navigating through a maze. I wanted the score to be relatively low energy so as not to stress a player out if they were stuck in the maze for a longer than expected time. The result keeps the player intrigued in the game but never expecting a predictable outcome, until they’re fairly close to the end of the maze and all the cello tracks are built up upon themselves. What’s interesting about the Music Maze is that built into its concept is a continuum around a binary: incorrect and correct. So the player begins in the middle of the spectrum and moves away from it to either extremes. This is different than a lot of the games we learned about in the class that progress in a more linear fashion to tell a story.

Something I enjoyed about the concept of this game is that there’s a lot of music pattern recognition that is needed to navigate through the Music Maze. This is a skill that’s not often explored in video games, much less outside a music program.  With only two visual elements to help a player (the placement of the sun and the lusher ivy on the wall in the correct side) music is the only indicator to cue the player’s moves.

I recorded this  original score with my good friend Desmond Shea engineering at Discreet Studio in Hyde Street in San Francisco and did all of the Unity implementation on my own using Unity 2017.