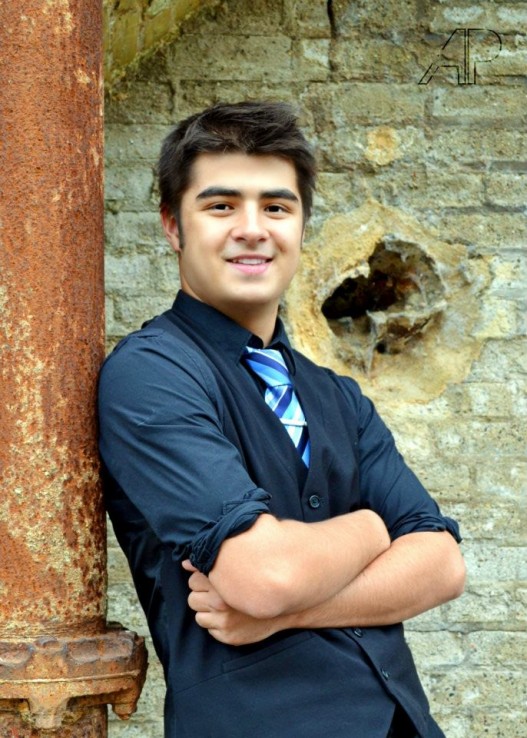 Jonah took our class at the Academy if Art University. He is a real self starter and also volunteers his time teaching free sound for games classes to lower income students at the Museum of Art and Digital Entertainment in Oakland California.

My name is Jonah Perry and I am from Minneapolis, Minnesota. I was raised there all my life and as soon as I was ready, I moved to my favorite city in the world which is San Francisco to start my life and pursue my passion of music and sound design. I believe music and sound are some of the greatest inspirational tools in the entire world and my ultimate goal is to inspire people through my art.

The level I am featuring is a little sewer level that was given to me by Steve and Scott in my sound for games at the AAU class. The level is small, so my goal was to bring out the spookiness and put the character in a position that simulates him waking up in the sewer and having no idea where he is, so his natural instinct is to try to escape. In order to portray this feeling, I wanted to use my sound effects to be the environment around my character such as flowing water, flickering lights, ect. to give the sense he is alone. To make sure all my sound effects sounded right for this level I did all of my sound editing and mixing on Pro Tools, because the native Unity engine doesn’t really have a lot of intuitive mixing capabilities. I did the same thing with all of my voices and once I finished all of my sounds I just imported them into my Unity asset list and took it from there.

This experience taught me a lot about working on sounds for games. Since it was my first exposure to implementing sounds into a game engine I encountered a lot of glitches and made a lot of mistakes. It was nice I made all of them early on because it help me set up a game plan for future projects, so I was able to be more clean with my sounds. For instance when I first used Unity, I would make all of my sounds on Pro Tools and import them into Unity, but the sounds where always so quiet after the import, so no I know to make sure all of my sounds in Pro Tools are normalized to a higher level so they can be heard more in Unity. Overall working on this level has got me excited to immerse myself in this world and to take on future projects.