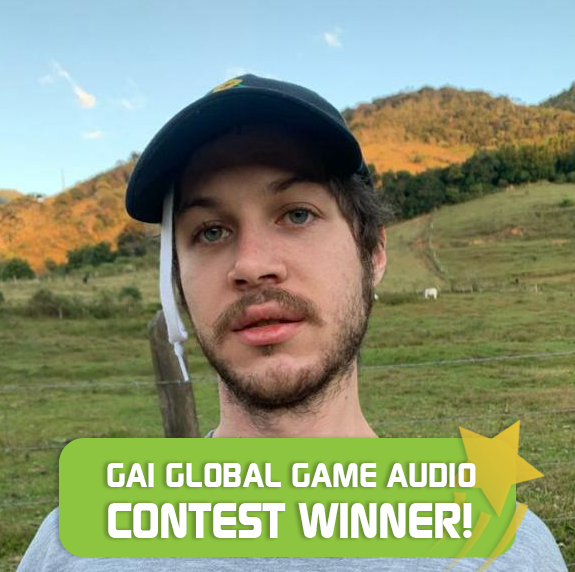 Gabriel Mielnik is a media composer & sound designer based in Sao Paulo, Brazil and originally from Berkeley, CA. After years spent in his room experimenting with audio on his own, Gabriel started his career in 2011 as an assistant in A9 Audio, a prominent Brazilian music production agency, where he scored his first commercials, produced an associated artist’s EP and collaborated in the making of music for a few short films.

In the last ten years, Gabriel branched out to improve his craft, spending seven years learning music extensively, scoring and designing sounds for major brands’ commercials, short films, Youtube content, all the while touring live as a supporting musician and producing records and albums for artists.

He’s currently enrolled in the Film Scoring Certificate course at UCLA Extension, where he has studied scoring for video games under Ashwin Subramanian. His musical influences have largely been shaped by games’ soundtracks such as the Zelda series, SimCity 4, Age Of Empires, the Pokemon series, Europa Universalis, Sid Meier’s Civ series and many more.