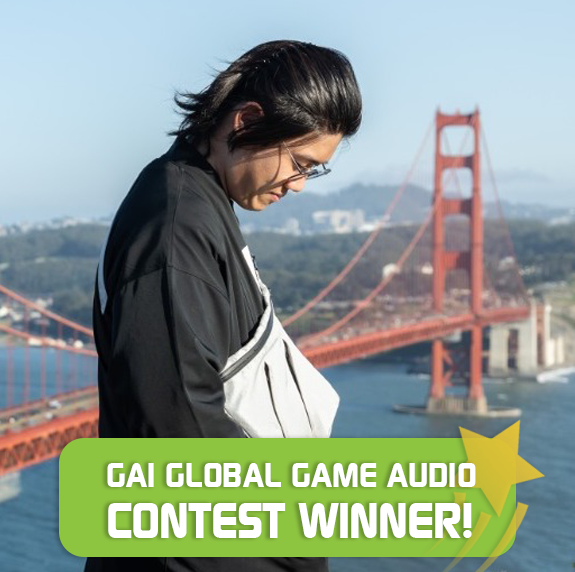 I am an artist and composer from Taiwan, now based in LA, with
experience in album production, multidisciplinary teamwork, and
audio mixing. work covers various styles with consistency between
scenes and sounds, reflecting my creative, observant, and detail-
oriented mind. I am very passionate about creating magnificent
vibes for audiences. Now studying at UCLA Extension as a film
scoring student, I took the game scoring class and tried to develop
more advanced knowledge in the game audio area.

I divided Day & Night into 3 sections. The first part was from
midnight to morning. I tried to create a peaceful and calm vibe, so I
used a synth pad as my backing track and used the flute as my
main melody. In the second part from morning too evening, I tended
to have more activity. I added percussion and kept using the flute as
my main instrument. The final part was from evening to midnight.
More active than in the daytime, I wanted to build an energetic
feeling here. As a result, I composed the rhythm part by using viola
and percussion using staccato flute to enhance the energy.
As for process, I composed all the music in Logic Pro and exported
it to FMOD to set all the parameters which included time (24 hours),
transitions, and main music loop. In the beginning, I was struggling
with the transitions because it didn’t sound seamless. Then, I
tweaked the loop region and also changed some notes to make it
loop seamlessly. Eventually, I exported everything and implemented
into the GAI Unity Game Lesson.